You are here: Literacy & Numeracy » Sharing science with the world

Sharing science with the world

KIMBERLEY COLLINS talks to Melissa Wastney about her love for birds and science communication. 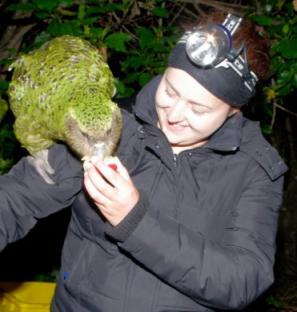 Kimberley Collins is in her element at Zealandia in Karori, Wellington. She works as the communications manager at the wildlife sanctuary, encouraging the public to visit and learn about the array of native and endemic creatures and plants that call Zealandia their home.

Kimberley first discovered a passion for birds when she was a student at Waikato University, completing her undergraduate degree in biological sciences with a focus on behavioural ecology and conservation.

During this period, she found herself spending quite a lot of time doing voluntary work. It was this work that led to stints on Maud and Codfish Islands, working with kaka and kakapo.

“I just fell in love with conservation, and decided I wanted to work in the area,” she says.

She then took a job working with public programmes at Waikato Museum for six months, which is where her love for science communication was ignited. Rummaging through materials at the museum, she found a set of documentary films that immediately grabbed her attention.

“I was planning a film festival, and I found these films that were really interesting and unusual. I discovered they were made by students from Dunedin. I traced those students to the Centre for Science Communication at the University of Otago,” she says.

Before then, Kimberley had no idea such a course existed, or that science communication was the growing and exciting field it is.

At the Centre for Science Communication, Kimberley chose to focus on the ‘popularising science’ stream: (the other two available streams being creative non-fiction writing and natural history filmmaking.)

The Centre for Science Communication is not only the first of its kind in New Zealand; it also happens to be the biggest such school in the world.

It’s exciting, says Kimberley, that New Zealand is leading in this new discipline.

“It’s an interesting field, and it’s really taking off,” she says. “You can see why, because we’ve got so much of our decision making being informed by science, and this needs to be properly communicated to the public. Otherwise, how can we all make informed decisions about our lives if we have no understanding of what’s happening?” 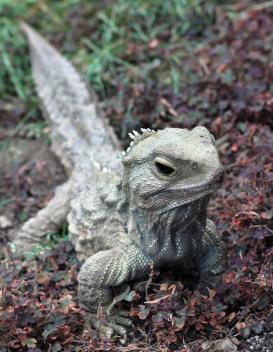 Kimberley wasn’t always sure she would pursue a career in science.

“At school, I wasn’t completely immersed in science subjects. Secretly, I wanted to be a stage actress, but my Mum wanted me to do some subjects that would lead to a degree and clear job path. So I took biology, chemistry, physics, and math along with my performing arts subjects, and English,” she says.

“But then I really got side-swiped by my science subjects, and I decided that I wanted to do science.”

And it seems she has chosen a science path that will evolve and grow over time.

“I think my job, as a science communicator, will continue to move more into an online sphere. We have to be on the forefront of what is happening in the science world.”

And it’s not just about communicating complicated science research to non-scientists.

“Realistically, my job as a communicator will change as scientists are starting to understand the benefits of social media, both to communicate with the public, and with each other. For example, it will open up channels for making relationships, for getting opportunities to review each other’s work and contribute to conversations, and to streamline information that’s being shared. It’s just an important tool for those working in the field.”

In this vein, Kimberley designed and built a website called ‘Tweet Your Science’ which serves both to encourage scientists to share their work via social media, and provide an online database of scientists working in a variety of fields.

“Establishing ‘Tweet Your Science’ has definitely been one of my career highlights,” she says.

“Now I have over 550 scientists signed up from around 26 different countries, so there is a huge amount of diversity included. It’s exciting to be involved in an area that’s developing so quickly. It’s dynamic and fun.”

Another highlight includes receiving a scholarship, while still an undergraduate student, to travel to Antarctica. The Enderby Trust scholarship, through Heritage Expeditions, saw Kimberley venturing south to study penguins.

“The Enderby Trust scholarship is made for those who are interested in the Southern Ocean, but don’t necessarily have the means to get down there. I was able to talk about science with the other members of the expedition, then later share my passion for and understanding of the wildlife that is down there, and how special and unique it is.

“It’s just amazing to think about how there are birds that live on one island in the world, and that island measures 3.5 square kilometers. It’s incredible stuff.”

But Zealandia remains a current highlight for Kimberley.

“Now I work at Zealandia, and I feel so lucky because it’s an amalgamation of science, birds and communication. I can sit and have my lunch on the side of the reservoir, and watch kaka swooping around. Not many people can say that about their workplace!”

Sharing science with the world
Categories