Primary Science Week aims to stimulate conversation about the challenges teachers face, says John Marsh, who also says he believes part of the answer to the problem of teacher confidence in science lies in networking. 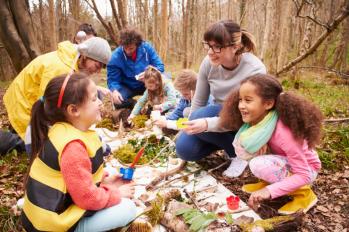 Primary Science Week is nearly over for another year and John Marsh, chair of the New Zealand Association of Primary Science Educators (NZAPSE) and teacher at Tauranga Intermediate School, hopes that the week has made many more teachers aware of the hub of resources and networking opportunities that are available on the association’s website, nzapse.co.nz. He also hopes that Primary Science Week has served to bring teachers together to talk about the challenges they all face.

Primary Science Week is run by NZAPSE, which is the primary school science sub-committee of NZASE (New Zealand Association of Science Educators). 2016 is the sixth year that the week has been run and it has been the major project of NZAPSE since the sub-committee was formed.

John says that NZAPSE is building a portal to bring primary teachers together, a ‘one-stop shop’ for primary science. There is, he says, lots of great stuff out there for teachers, and he and his colleagues are linking into all of it and collating it.

John says also that there’s no shortage of people out there who are “bending over backwards” in their efforts to bring learning materials to NZAPSE, or experts who are willing to help out with their knowledge.

The problem with science education in general, says John, is that science is a lower priority than he would like, not because there is any shortage of teachers who are passionate about getting science into their classrooms, but because teachers must spend so much time on other things, despite the fact, says John, that science is such a great way to teach the key competencies, and engage in inquiry learning. He would like to see more than lip service paid to the need to make science more of a priority at primary level.

Of course, one of the big challenges facing science learning at primary level is the fact that many teachers have said they aren’t confident teaching it. John believes this is due to a number of factors, including the fact that many young teachers have never themselves specialised in science, and are therefore intimidated by the prospect of teaching what they may see as an academically very rigorous subject.

Another of the factors, says John, is that properly resourcing schools to teach science can sometimes be difficult – particularly when teachers are unsure of the subject matter anyway. John says that private providers fill a niche market in this sense, in that they can take all of the confusion and guesswork out of providing rich learning materials that fulfill curriculum goals, as well as providing support.

While this is certainly a good thing, in that it says John, he is wary of over-reliance on pre-packaged science.

His personal belief, which he has previously included in a submission to Peter Gluckman, is that as a profession we need to provide for more science mentoring.

“We could do this easily, I think, because we do this in other areas. We have clusters of schools who do stuff, and mentor and support each other, in things like behaviour, truancy, literacy, and numeracy, but we don’t do it for science. But we could be doing it for science. NZAPSE could be such a good platform to kick that off.

“All of us on the committee already do lots of that kind of thing. I just did an in-service during the holidays with a Māori education group, and I’m keeping in touch with them, and providing them with support.

“The problem is that it’s all ad hoc; it’s not systematic enough.”

John believes that there’s no shortage of enthusiasm for the idea, but that it requires a Ministry-led initiative to really bring it together. He doesn’t think that it would cost very much and believes that the expertise within NZAPSE can be built on very easily.

In the meantime though, John and his class are getting stuck into soil science, the theme of this year’s Primary Science Week.

Chairperson of the NZASE Chris Duggan urges primary teachers to jump onto the NZAPSE site, as it’s a great hub for expanding knowledge and confidence.

“The NZ Association of Science Educators is passionate about supporting teachers of science in all New Zealand schools, primary and secondary. Primary Science Week is an annual event with a vision of improving confidence among primary teachers around science education. We hope you check out the excellent resources on the website and attend your local events.”