You are here: Science Education and the Environment » Earth in four dimensions: TIMElapse

In late November, the TIMElapse project - a view of earth’s surface detailing more than 40 years of change - was updated to take in the years 2012 - 2016. 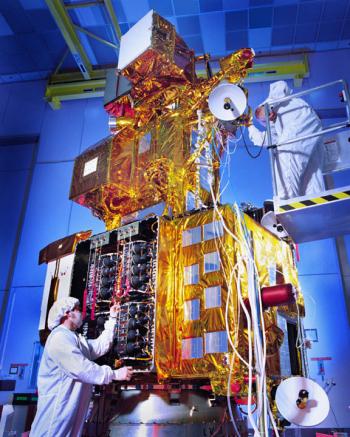 In July 1972, NASA launched the Earth Resources Technology Satellite, later to be renamed Landsat. The name is a clue: Landsat wasn’t built to peer out at the wild black yonder of deep space, or ensure that reality TV penetrates the most remote corners of our globe. Landsat’s mission is to train it’s lens back on Earth, and record what happens.

More than 40 years and eight incrementally better satellites later, NASA, the NOAA (America’s National Oceanic and Atmospheric Administration), and the US Geological Survey have accumulated millions of high resolution photos of the Earth.

In May 2013, Google employed the astronomical computational muscle at it’s disposal to stitch together this vast resource. The result is the TIMElapse project, an interactive experience that allows the user to zoom in on any part of the planet in four dimensions: you can go anywhere you like of course, as has been the case since the infotech giant first released Google Earth way back in 2001 - but now you get a window on time as well, as far back as 1984.

Late last month, Google and TIME announced an update to the project: TIMElapse 2016, bridging the gap between 2012 and 2016 - and of course we know that plenty has happened to our environment over those four years, not a lot of it good if you’re a carbon-based lifeform.

It’s disquietingly obvious that the upshot offered by TIMElapse is a record of man, not the planet that hosts us. This is why that fourth dimension is so important: daily life doesn’t allow us much overview on the effects of our actions, even if, say, you’re one of the workers constructing Brazil’s Jirau dam. But Landsat sees all, with an unblinking patience that our hectic, shoe-gazing lives simply cannot afford. Now you can watch infrastructure spread with geometric rationality, the dam snake across the Madeira River, and water spill across thousands of acres of rainforest.

You can watch the Aral Sea  - once one of the largest lakes in the world - almost entirely disappear in a ten-second sweep across time. There’s no shortage of disappearing freshwater anywhere you care to look actually - Lake Poopo in Bolivia does a similar vanishing act. And you can certainly get more than your fill of retreating glaciers anywhere that it’s cold - even where we previously thought nothing ever melted, like Langhovde Glacier, Antarctica.

Very much not in retreat however are the cities we live in, and it’s sobering to watch these spread like mould. You’ll need to zoom out a long way to take in Shanghai’s full explosion - the behemoth metropolis seems to carpet the Yangtze River Delta like advancing moss. Of course, people were always going to continue gravitating toward such a naturally fertile part of the world - but these days, environments previously considered barely capable of supporting life are now booming cities, hoovering water from more hospitable climes: Las Vegas and Dubai are seemingly exploding at the same rate as Shanghai.

As a teacher, you may be loathe to lever yet more climate change horror into your students’ learning time. But one of the greatest challenges we face, in dealing with an existential threat that we all know about, is the limitation of our lifespans, our inability to step back from daily pressures. Technology like TIMElapse can help us see another order of time, and that’s something we can’t withhold from the generation that we’ve left to clean up our mess.

Next time someone sneers at your conscientious recycling - ‘like that’s going to help’ - you might remind them of the irony in their rejection of micro-action: it’s the sum of so many billions of lives, each containing millions of decisions, that when examined as a whole aren’t decisions at all: in the same way that a student chooses not to pursue a career in climate science because it’s risky next to a job in finance, the species cannot let go of petroleum reliance because jobs will be lost. The macro is the same as the micro, and we are trapped by the systems we have created. TIMElapse demonstrates this truth in hypnotic detail.

“We are mentally imprisoned, unable to soar in our minds to see the Earth as a satellite can see it. And it’s killing us.”