You are here: Gene editing - a train coming down the track

Gene editing - a train coming down the track 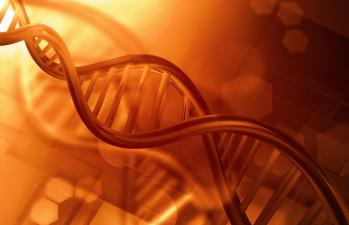 Professor Barry Scott FRSNZ is professor of molecular genetics at Massey University. His research focuses on the symbiotic relationships between plants and microbes, a field that has plenty of significance for a country as reliant on agriculture as ours is. Barry was a founding board member of New Zealand Genomics Ltd and the Environmental Risk Management Authority; has served as head of the Institute of Molecular BioSciences; and has directed the Massey University Molecular Genetics Unit as well as the Massey Centre for Functional Genomics.

Within his own field, explains Barry, gene editing will have plenty of application in the near future. Much of his study examines the interactions between perennial rye grasses, which grow throughout New Zealand, and the fungi that live on their leaves. This is a mutually beneficial relationship, and a similar interaction is to be found in almost all plant species. The grass provides the fungi with a home, and the fungi generate compounds that protect the grass from insects. For example, this kind of symbiosis can be traced back to the Mediterranean – people have for centuries selected and bred grasses that have this fungal protection mechanism, so in a sense we’ve been performing gene editing since the agricultural revolution.

In fact, Barry and others in his field have been manipulating the genetic structure of the fungi that he works with for some time. They can “quite readily” make what are called ‘gene knockouts’, where genes are deleted and the effect monitored. Where CRISPR– the technology driving the gene editing revolution – has application for Barry is its ability to target multiple genetic structures at the same time. For example, many organisms have quite a bit of genetic redundancy – multiple structures responsible for the same thing – so knocking one of these out has no discernable outcome. CRISPR has the potential to seek out and ‘turn off’ all the genes responsible for certain processes, thereby saving Barry and his colleagues a huge amount of time and effort.

Many scientists aren’t however lucky enough to be work with microbes. While Barry can already perform precise genetic manipulation, many, particularly those working with plant and animal species, haven’t been able to perform the type of precisely targeted gene manipulation that now available to them courtesy of CRISPR and similar technologies, says Barry.

“These scientists can now very easily change genes in a very precise way, whereas the old technology was kind of hit and miss.”

The CRISPR is fundamentally about ease, simplicity, and plummeting cost. However, Barry cautions against some of the more fanciful hyperbole that is currently flying about: he is skeptical of the claim that ‘anyone with a lab’ can now perform genetic manipulation. That statement should be amended to ‘anyone with a rather well-equipped lab’, he says.

“The reality is that you need a well set-up lab to grow the organism, just for a start. It is interesting to note, though that particularly in the US, there are a lot of retired scientists who have set up labs in their garages, where they’re able to potter away and do genetic experimentation. That in itself speaks to the significance of these emerging technologies.

“But we’re not talking about an off-the-shelf chemistry set here! You still need incubators, water baths, PCR machines, and that sort of thing. Some of this hype should be read as relative to predecessor technologies.”

Scientists mucking about with gene manipulation in their dotage might call to mind the age-old Frankenstein trope, but Barry doesn’t think we need to be overly alarmed at the prospect of the accidental creation of a mutant species running amok.

“I think on the whole scientists are very responsible. They’re curiosity driven, or if they’re working for a company they have very specific tasks and goals. The concept of the mad scientist is very much a cinematic image – it just doesn’t work like that. I think that science in general is very self-regulating. But like all technologies, there’s opportunities for misuse. Think biological warfare – in the wrong hands, or employed by countries who don’t abide by generally accepted rules and process, there is danger [in new genetic manipulation technology]. That’s not a new phenomenon.”

Barry says that the formation of the panel should not be seen as the Royal Society of New Zealand advising government on policy. Rather, the gene editing panel has been formed to deliberate on this emerging science that’s shaping up to have massive significance for Kiwis.

“One of the key roles of the Royal Society, under the Act that governs it, is to provide expert guidance for the public of New Zealand, for government, and for business. Certainly in the last five years, the Royal Society has become very active in publishing advice papers on all sorts of themes – for example, the two reports that were published last year on the effect of climate change on New Zealand, and it’s potential mitigation.

“It’s important to understand that the advice we give is deliberative. We’re looking at the known science, and commenting on it. It’s not about policy. The idea is to provide the information, so that, for example, a government ministry can use that information to help them. We felt with gene editing that this is a train coming down the track, at high speed. You just need to look at the number of papers published on the topic in recent years, and the number of patents and biotech companies that are springing up.

Over the next year, Barry and his team plan not to release a single report, but rather several smaller pieces of work that delve into the topic of gene editing in detail: one on the potential importance of gene editing for conservation in New Zealand; one around the impact on the primary sector; and probably one dealing with public health – one area where gene editing technology is bound to produce unforeseen consequences and opportunities in the near future, at a pace that threatens to catch us unaware. There are reports coming out almost weekly on breakthroughs using this technology, says Barry, with the potential to alleviate various human diseases.

The implications of gene editing for conservation are already driving some very robust debate, says Barry. For example, one aspect that’s seen a fair amount of attention in the media is the potential to create sterile mosquitoes, thereby eliminating malaria – one of mankind’s biggest and oldest enemies.

There are a number of high profile science luminaries, including David Suzuki and Jane Goodall, who have made known their total opposition to prospect of this so-called ‘gene drive’ technology. Their objection is simple: once we set this kind of technology in motion, it should, all going to plan, wipe out the mosquito species responsible for carrying the malaria virus. If that proves a success, then we will of course see no reason not to use the same technique on other pests: rats, stoats, and wasps are just a few examples.

The concern is that this is a Pandora’s box that we won’t be able to shut: where do we draw the line? What happens if an engineered species is released into the wrong environment?

Barry, however, points out that, so precise is the new technology, there exists the potential to build in genetic safety switches: in theory, a chemical could be released that would ‘turn off’ the genetic manipulation should anything go wrong.

This is where the Royal Society panel steps in, he says.

“Without preempting outcomes, our task is to sit down and ask, ‘What is the science? What is being done? What do we think is possible? What are the potential risks? What are the benefits? What is the likelihood of acceptance by the New Zealand community? We need to look into all of these things, from an economic, legal, ethical and scientific point of view. That’s our mission.”

Gene editing - a train coming down the track
Categories