You are here: Science Education and the Environment » New Zealand at the vanguard of environmental science

New Zealand at the vanguard of environmental science

New Zealand leads the way in earth and environmental sciences in the Asia Pacific region, a new study finds. 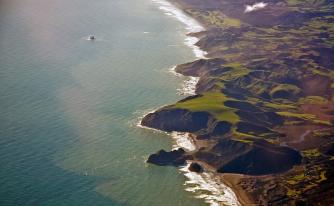 When it comes to environmental science, New Zealand punches above its weight.

New Zealand scientists produce more environmental science research than any other country in the Asia Pacific region, according to the Nature Index, which analyses the contributions by various institutions in 68 top-tier journals.

The Index’s overview of the last year’s data reveals Aotearoa to be ‘a leader in earth and environmental science research’.

To make the comparisons, countries and institutions in the index are assessed on how many articles they published in top journals. In a more nuanced measure, the Weighted Fractional Count (WFC) takes into account individual authors’ contributions to articles.

Prof Shaun Hendy, director of Te Pūnaha Matatini and professor of physics, The University of Auckland, says the Nature Index provides a window into what our scientists are working on, and who they are working with, but notes that New Zealand produces fewer scientific papers per capita than the rest of the region, because we invest less in science.

"A much greater proportion of our science concerns the life sciences and the environment than that of other Asia Pacific economies, because we continue to prioritise primary sector research while our neighbours move into high technology,” he says.

“We tend to collaborate much more with Europe than might be expected, because we are not doing science that our neighbours are interested in. Despite facing the same cultural and language barriers as New Zealand scientists, Australian researchers collaborate much more extensively with their counterparts in China.”

Dr Nicola Gaston, president of the New Zealand Association of Scientists and principal investigator, the MacDiarmid Institute for Advanced Materials and Nanotechnology, says the Nature Index supplement on the Asia Pacific region brings insight into the ways in which different countries prioritise their research.

“Some of the differences are straightforward: for example, our expertise in earth and environmental sciences is a rational consequence of geography,” she says. “If we do not develop the expertise to study our own landforms and ecosystems, who will? And with a small population relative to the size and uniqueness of our country, it is only natural that we stand out in this area.”

"On the other hand, we underperform relative to the rest of the Asia Pacific in terms of our rate of publication in the Nature Index journals. Our best performing university on this measure is the University of Otago, followed by The University of Auckland and Victoria University of Wellington. Otago is clearly boosted by research in the life sciences, but also by work in earth and environmental sciences, as judged by their appearance in the top 50 in those tables.

"GNS is our only Crown research institute to make an appearance in the top 50 tables for publication in specific disciplines, which it does in earth and environmental sciences, at number 28 (compared with Otago at 38 and Auckland at 44). On the other hand, the only institutions that appear in the top 50 for publication in Nature and Science are Massey University (at 44th) and NIWA (at 37th).

"While the reasons for our overall underperformance need further analysis, one hypothesis based on the performance of particular institutions in those tables would be that the push towards increased commercial impact of research in New Zealand, and the requirement for research proposals to have direct co-investment by the private sector to be eligible for the majority of government grants, disincentivises the types of long-term, world-leading research that enables publication in these preeminent journals.

"To say that another way: perhaps it is no coincidence that it is in the physical and chemical sciences, where commercialisation of research is a key requirement for funding through MBIE, that we underperform against other countries in the Asia Pacific. However, the focus of New Zealand research on the agricultural sector is also pertinent: our (many) CRIs that are focused on the primary sector do not make an appearance in the Nature Index."

New Zealand at the vanguard of environmental science
Categories