You are here: Science Education and Culture » Broadening perspectives in Asia

A trip to Thailand offers an exciting science opportunity for one teacher and five students. 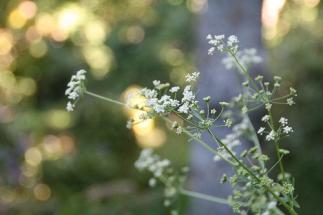 Asian Science Camp will this year be held in Pathumthani, just north of Bangkok, and will bring together 270 students from around the world.

A group of five students from around New Zealand, selected by the Royal Society of New Zealand, will mix and mingle with Nobel Laureates and other students with a passion for science.

The students are selected for their competence in science, but also for their commitment to the discipline outside the classroom.

“Often the selected students have been involved in science in their community, such as taking part in astronomy societies, or in other award programmes and science fairs,” says Kirsty. “They also write a letter to go with their application, and their passion for science shines through.”

The Asian Science Camp programme features five Nobel Laureates and other distinguished scientists, including Professor Ada Younath, the first woman in 45 years to win the Nobel Prize in chemistry, and Professor Robert Huber, a pioneer in the field of X-ray crystallography.

The week-long camp includes lectures and workshops, designed to broaden the students’ perspectives and inspire them to continue their science study.

Kirsty says she is thrilled to have the chance to accompany the students. “The camp offers a wonderful opportunity for students to meet like-minded young people from all around the world, and make connections,” she says.

“As well as organised social events, workshops, and lab visits, the students will have the chance to hear Nobel prizewinners speaking about their work.”

“I also like the idea of allowing them to see the wide range of science disciplines and opportunities out there – there’s so much happening in the world of science.”

Asian Science Camp has been held each year since 2007, and aims to inspire talented students in the field. It also promotes international friendship and fellowship for the next generation of scientists.

New Zealand Science Teacher featured Kirsty and her doctorate study in 2013. Read about that here.