You are here: New director for MacDiarmid Institute

Professor Thomas Nann says it is an exciting time to be working in nanotechnology. 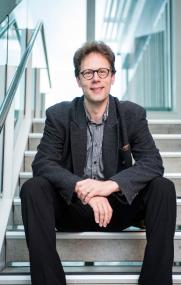 “Since the early 2000s, there has been a lot of talk about the potential of nanoscience and nanotechnology, but it hasn’t been until now that we’ve seen breakthroughs and an impact on the economy,” he says.

Professor Nann, whose research interests include the field of nanomedicine and nanomaterials for energy conversion, succeeds Professor Kate McGrath, who has taken up the role of Vice-Provost (Research) at Victoria.

The MacDiarmid Institute for Advanced Materials and Nanotechnology is a national Centre of Research Excellence CoRE), comprising a network of leading scientists.

The CoRE builds materials and devices from atoms and molecules, developing and applying cutting-edge techniques in physics, chemistry and engineering. It also trains innovative young scientists.