You are here: Dr Roslyn Kemp recognised for mentoring

The Association for Women in the Sciences (AWIS) Miriam Dell Award has been won by an Otago University immunologist. 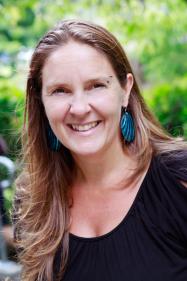 Otago University immunologist Dr Roslyn Kemp has been named the winner of the Miriam Dell Award for science mentoring.

Roslyn is a senior lecturer in microbiology and immunology and was recognized for her work with students, and for developing the Women’s Initiative of the Australasian Society for Immunology.

This body provides mentorship opportunities for female immunologists at all stages of their career. Roslyn coordinates and manages these mentorships.

“Roslyn has an outstanding ability to inspire female students at graduate and postgraduate level,” says Dr Joanna Kirman, who nominated her for the award.

“As an undergraduate teacher she is exceptional, and this has contributed to a dramatic increase in the number of female students in immunology in recent years. She has an inclusive and unselfish approach to mentoring, with a special emphasis on supporting young female Maori students into postgraduate study. Roslyn is a consistently strong and enthusiastic mentor for women in science, and I believe she has made a significant, tangible difference to many careers.”

Dr Alec Mackay, a scientist at AgResearch in Palmerston North, has received a highly commended award for his mentoring of female scientists at all stages of their careers.

As well as mentoring female post-graduate students, he has been working with teams of students from Palmerston North Girls’ High School on the Royal Society’s CREST programme.

“Alec is generous with his time in providing guidance to his mentees on developing leadership and communication skills, both of which contribute greatly to their development as engaged, relevant and influential scientists,” says Fleur Maseyk, a PhD student at the University of Queensland supervised by Alec.

“Alec’s mentorship inspires those who work with him to realise their full potential as scientists, to be the drivers of science that makes a difference, to explore creative avenues for communicating their science, and to become influential and innovative in their field.”

The Miriam Dell Award for Excellence in Science Mentoring

Botanist Miriam Dell is the patron of AWIS. She has also worked as a secondary school teacher and advocate for women’s advancement.

Introduced in 2013, the Miriam Dell award presented biennially to someone who demonstrates outstanding mentoring efforts to support women in science, mathematics or technology. Nominees can be from any part of the science system, including primary, secondary, or tertiary teachers, or researchers in organisations.

Read more about the award.

The first recipient of the award, in 2013, was Dr Judith O’Brien of the University of Auckland. New Zealand Science Teacher talked to her about her work here.