You are here: NIWA seeks help in fish research

NIWA (the National Institute of Water and Atmospheric Research) is calling for help from people who can help scientists understand the changes that our coastal waters are going through. 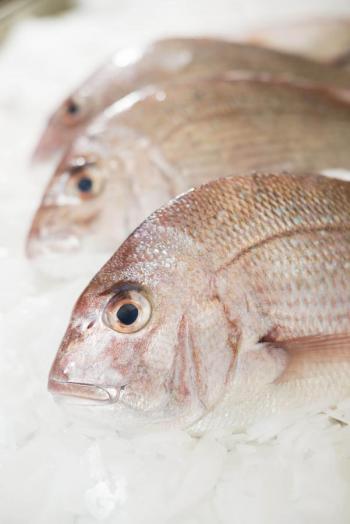 NIWA scientists are asking people who have a long association with East Northland, Hauraki Gulf, or the Marlborough Sounds area to come forward, who might be able to provide evidence of how fish nursery environments has changed in recent decades. They are particularly interested in how populations of juvenile snapper in the Hauraki Gulf and East Northland, and juvenile blue cod and tarakihi in the Marlborough Sounds, have changed over time.

NIWA scientists will be interviewing people from these areas, and are keen to gather historical records. These might include photographs, diaries, or fishing logs.

NIWA marine ecologist Dr Mark Morrison says that young fish are strongly associated with what’s on the seafloor, especially living habitats. For juvenile snapper these include seagrass meadows, horse mussel beds and sponge gardens. For blue cod it includes bryozoan fields and rubble such as dead shells, and for tarakihi, tube-worm and bryozoan fields.

“Unfortunately all of these habitats have been adversely affected by marine and land-based human activities. This means that they are likely to be less common and of lower quality than ever before.”

Dr Morrison says that means people may have noticed that seawater has become more turbid - cloudy, opaque, or thick with suspended matter - that kelp may have disappeared, and the seafloor has become muddier.

The goal of the study, says Dr Morrison, given that fewer juvenile fish means fewer survive into adulthood, is to learn how scientists might go about increasing the species’ survival rates.

“Our goal is to identify where and how habitats function… We will use surveys and experiments to learn how the habitats operate, where they are and what threatens their existence.”

People willing to participate would be interviewed by a researcher. Nautical charts, pictures and specimens will be used to help participants identify where different species and habitats are found, and the changes to these and the wider environment. Participants can remain anonymous.

Some of the survey questions include:

Anyone willing to participate in the survey can register their details at: www.niwa.co.nz/fishsurvey.