You are here: E-learning » Te reo Māori Minecraft tutorials for Hour of Code

Microsoft’s annual ‘Hour of Code’ event will have a distinctly Kiwi flavour this year with new Minecraft tutorials on the popular Code.org web site being made available in te reo Māori for the first time. 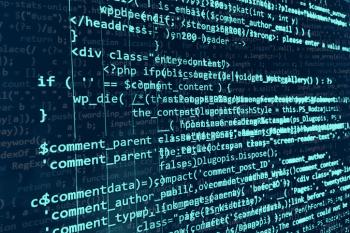 Kiwi students will join with thousands of others around the world this week as they jump into the world of computer coding through the annual campaign that will kick off Computer Science Education Week, 5-11 December. More than 30 million young people worldwide used the Code.org tutorials to learn computer science basics last year, and it is expected that this number will increase again in 2016.

This year will introduce new designer tutorials based on the popular Minecraft game to Code.org, which allows students to learn the basics of coding within the fun and familiar world of Minecraft. Designed for anyone above the age of six, the tutorials allow players to take complete control of a game and create their own rules and characters, stimulating creativity whilst learning.

As part of Computer Science Education Week, OMGTech! will run an Hour of Code event at Sylvia Park Primary in their bilingual unit, Te Puna Waiora, on Wednesday 7 December, where more than 40 students between the ages of six and 11 years will participate in the hands-on learning tutorials in te reo Māori.

Zoe Timbrell, Founder and General Manager of OMGTech! says, “We want to make sure that we are encouraging Māori participation in digital technology, and to do this it is vital to have quality digital resources in Te Reo Māori.

“We know that technology careers create high value jobs and we need to be advancing that dream in our children. We need to do everything we can to encourage them to consider the opportunities that technology can give them,” says Ms Timbrell.

Wawaro Te Whaiti of CORE Education says they are excited to have contributed to making Hour of Code more accessible to students in the Māori medium, thereby helping students increase their participation in computer science and the language of digital technologies.

“This is a fairly new realm for Te Reo Māori and requires some very careful thinking about terminology and the development of language. We’ve made a great start, but there is still a lot more to achieve,” says Te Whaiti.

Anne Taylor, Schools Manager for Microsoft New Zealand, says that Microsoft hopes to support expanding the translation effort though the code.org crowd sourced translation service, so that eventually all the tutorials on Code.org will be available in Te Reo.

“The Hour of Code teaches kids the basics of coding, and how to use digital skills to help create, innovate and solve problems, and it is critical for the next generation of students of be equipped with these skills for future jobs, regardless of the industry.”

Another digital education group, High Tech Youth (HTY) also welcomes the addition of te reo Māori to the Hour of Code Minecraft tutorials, as they have more than 6000 young Māori and Pacific Island young people aged 8-25 years connected across New Zealand through their after-school education studios.

Mike Usmar, Chief Executive Officer of HTY, says: “It is critical that collectively we support young Māori to take up ICT studies and computer science careers, and this initiative is a fantastic way of doing exactly that. Our thanks go to those who have the foresight to see computer science as an accessible growth area for all New Zealand learners.”

Students, educators and parents are encouraged to take part in the Minecraft tutorial at http://code.org/minecraft. Prior experience of coding, Minecraft or any software development is not necessary.

For more information on how you can get involved in the Hour of Code as part of Computer Science Education Week, go here.

For more information on OMGTech!

For more information on the High Tech Youth Network

This article is sourced from a Microsoft press release