Tune in on Wednesday to explore coastlines with Te Papa’s scientists. 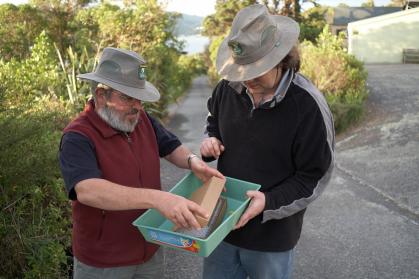 Looking forward to some quality beach time this summer? From 1.30pm on December 11, Museum of New Zealand Te Papa Tongarewa is holding a live science event to get you in the mood for swimming, snorkeling, and investigating rock pools.

Following on from the success of the previous two live science events, the science team at our national museum will be hosting an interactive look into marine life, and the public is invited to submit questions on anything from crabs to crustaceans.

Science Live: Coastal Creatures will take participants on a journey across the coasts of New Zealand. Te Papa scientists will introduce some of the amazing animals and plants to be found along the coastline, and how to take care of any species found. 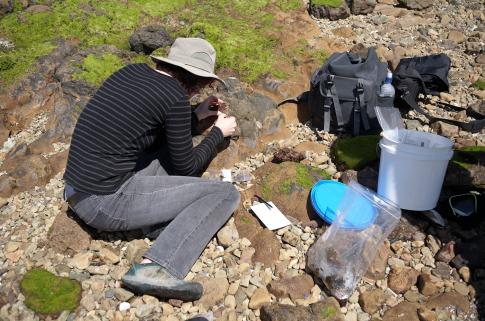 Coastal Creatures will be the third live science event at Te Papa. The first event (looking at the rare sunfish that arrived at the museum) was quite experimental, says Te Papa website administrator Ruth Hendry.

“The sunfish live science was more of a trial because Te Papa had never done something like that before. But the second event (whalebirds) received many more YouTube viewers, and we had increased public participation on Twitter as well. Using YouTube allowed us to upload the video straight away after, which increased our reach.”

This time, says Ruth, they’ve received more questions and interest than ever. 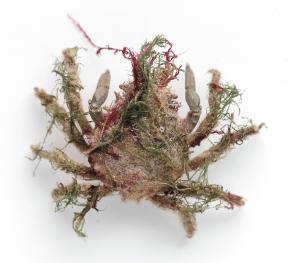 You’re invited to join in the fun

As with the previous live science events, Te Papa invites the public, especially teachers and their students, to participate. Prior to, and during, the live broadcast on December 11, anyone can send a coastal-related question to the science team and then tune in to see it discussed at the event.

One interesting question already left on the blog relates to those curious little blue bottle jellyfish often scattered along the coastline.

“Blue bottles on the beach – can you still get stung?” the commenter asks. “They look dead but could be fresh … Can they still hurt you if you stand on them?”

These are exactly the kind of questions the event hopes to prompt, says Ruth Hendry.

She says the event provides an exciting opportunity to engage the public with the science happening at the museum. Resident ducation experts have helped design the event around The New Zealand Science Curriculum.

“We hope lots of different people will tune in, but school students and their teachers are our primary focus,” says senior curator of sciences at Te Papa, Dr Susan Waugh.

Susan says that in order to get really detailed responses from Te Papa’s resident scientists, it’s good to send questions in advance. The event will be grouped into three areas of coastal life: seaweed, sea birds, and crustaceans.

Further Te Papa science live events are on the cards for 2014. One will focus on lichen and mosses and another is planned to work around an expedition to the Snares Island off the South Island. Optimising the skills of the Te Papa team members and pitching the event at the right level for the wide audience are just two of the exciting challenges for the museum.

“It’s all about finding a topic that is going to have some resonance with our audience. We have to frame it in the right way, for the best result.”

Susan says the goal of the Te Papa Science Live events is to help people understand ‘what scientists do.’

“We want people to become more curious about the world around them. Whether we help them engage in science as amateurs or future professionals, we’re delighted to have a team here at Te Papa that helps us scientists reach out to a wider audience,” she says. 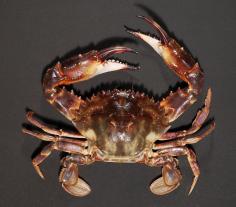 Send your coastal creatures questions prior to, or during, the science live event by:

The event runs 1.30pm – 2.20pm. If you go to www.tepapa.govt.nz/sciencelive you can see the YouTube embed set up and ready to go!

If you or your students are wanting to engage with the science live material after the event, you can find the video footage on Te Papa’s youtube channel.