You are here: The Physical World » Engineering E2E – highlighting career opportunities for students

The Government’s goal to increase the number of engineering graduates by 500+ per year by 2017 opens up great opportunities for science students, writes Futureintech’s MEGAN RODDEN. 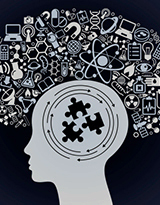 While some job hunters with ‘popular’ degrees might experience difficulty in finding work, that’s not the case for engineering graduates.

In fact, there’s a huge shortage of engineers graduating with a New Zealand Diploma in Engineering (Level 6) or Bachelor of Engineering Technology (Level 7). In response to the demand for more graduates with these qualifications, the Government aims to increase the numbers of students enrolling in institutes of technology and polytechnics (ITPs).

In September 2014, Tertiary Education, Skills and Employment Minister Steven Joyce announced that the Government would allocate an extra $40 million (on top of the $52 million in the 2012/2013 budgets) to reach its target of 500 more engineering graduates per year from 2017.

The Tertiary Education Commission established the Engineering Education-to-Employment (E2E) initiative in mid-2014 to help achieve the Government’s goal of increasing engineering graduates. E2E works with engineering employers and ITPs to raise awareness of opportunities and alternative pathways in engineering and target preparation for engineering study such as bridging and foundation courses.

E2E’s report to the Minister earlier this year included two infographics, with Make the World intended as a discussion document. If you would like to comment on any of the points made in the document, email engineeringe2e@tec.govt.nz  or call project manager Angela Christie: 04 462 5256.
Make the World discussion document
The Leaky Pipeline diagram

The E2E website includes case studies focusing on why students have chosen to study engineering at an ITP: