You are here: The Nature of Science » Play along if you feel like NoS is your truth

Play along if you feel like NoS is your truth

A Nature of Science investigation began with a song and a dance, writes EMMA McFADYEN.

As a reliever, I invade another teacher's space, take over their role and mess with the dynamics of the team/class. I need to be mindful that some students are not going to be impressed with the sudden change, and I have an array of positive behaviour strategies to use in each situation.

One of my strategies is singing and dancing, and I began one day, with a Year 6 class, by singing Pharrell Williams song 'Happy'. I mentioned to the students how this song has become a symbol of finding the happy moments in possibly unhappy times. Here in New Zealand, we are fortunate to have the freedom to think, question, and learn. Today would be a great opportunity to do that as scientists.

Hoping everyone was in a good mood, I began an investigation on air resistance: a lesson I observed from Te Toi Tupu science facilitators. Lessons like this can be found on the Virtual Learning Network. 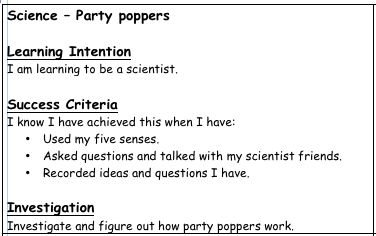 After the students set up their books with the input/output model and learning intentions (see previous posts), I started the lesson like the beginning of a magic trick. "I have two pieces of A4 paper. Are they exactly the same? Why do you agree/disagree?" The students concluded it was because they were the same length, width, weight, and came from the same ream of paper.
I got one of the pieces of paper and screwed it up (something which goes against my grain as a teacher of EfS) I asked what direction the paper would mostly likely fall from at a certain height and got the students to record their predictions.

A volunteer then conducted the experiment from on top of a chair. Some of the students, who were working hard to be disengaged, started taking notice, but still stayed down the back of the classroom. After repeating this part of the experiment a few times, the students at the front of the class established the trend of the screwed up ball of paper to be a drop with a few bounces followed by a roll.

Next, we got the flat (unharmed) piece of paper and repeated the experiment. I introduced the importance of fair testing but only as a conversation. I didn't want to detract from the experience and lose momentum. The students recorded their predictions/hypotheses after a 'think, pair, share' session and we got the same volunteer to repeat the experiment again.

Some of the students who were paying attention at the back of the classroom decided to move to the front, where the action was. I commented on their work and asked if it was okay to take a photo of their recording to tweet out and inspire other students, teachers, and scientists. The students were proud to have their work tweeted about and it became a huge buzz when someone on Twitter responded to it, making the class more focused on the task. Social media is a powerful tool.

As a class, the students stated the trend of the flat piece of paper began with a slow movement down which then went from side to side.

This is when I started questioning students’ perceptions: "Why does the ball of paper drop straight down and the piece of flat paper glide?"

I got students to 'think, pair, share' their answers to consolidate their reasoning, before discussing in a class. Some students were stuck on the concept of weight, even though we continued to go back to the original two pieces of paper (this is a common misconception and I recommend having measuring scales to help overcome it), some students discussed gravity and others played with the idea of air resistance. Through my question-probing, students were able to figure out the cause of the two trends and I was able to observe processes related to the Science Capabilities and Nature of Science taking place. 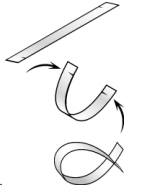 After this part of the lesson, I'd normally move onto making spinning blimps and play with concepts of air resistance through modifying the blimp design. However, I still had a couple of students at the back of the classroom who were not engaging, and I knew they were not going to if I were to remain the authority of the lesson. Instead, I decided to hand ownership of the lesson to the students. I explained to them that they needed to go through a process of design thinking to create an object which used air resistance to move and the accountability lay in recording their process. I showed them how to make blimps as a beginning concept and how to research on the Science Learning Hub. At certain stages, I stopped the students to see how they were getting on, record their ideas to share with each other, and offer inspiration through YouTube clips.

The students loved it and the whole class were on board. I observed ideas based on students prior knowledge being swapped freely and research was being conducted in collaboration with one another, just like scientists. 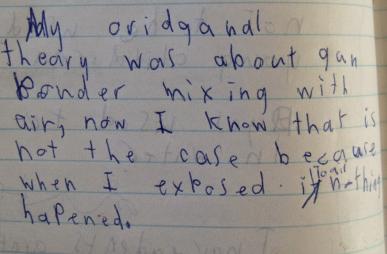 At the end of the day, we had a presentation where students shared the process they went through. During this time, some of the students identified their failures and if they had more time how they would improve their designs.

At the time I handed over the lesson to the students, I questioned whether the science concepts were going to be taught well or if I should continue the lesson like I intended, with the potential for conflict.

While reflecting on this, a friend shared a TED Talk with me called Science is for everyone, kids included and it was great consolidation around my thoughts on the importance of play. Beau Lotto mentioned that for us to learn anything new we have to ask the 'why', and in doing so, we step into uncertainty, but the best way to learn about the uncertainty is through play. Lotto explained play as:

Comparing the points of play to those of the Nature of Science and the Science Capabilities, they are consistent with each other and tell us that science and play are entwined and, really, are just a way of being.

Upon this discovery of thought, I've realised I need to action more 'freedom to think, question and learn' with students and offer them more ownership and leadership of the lessons to develop aspects of innovation and creativity, so we can all be happy!

Play along if you feel like NoS is your truth
Categories