You are here: The Living World » What I think I know: Prof. Michael Corballis, Rutherford Medal winner 2016

In late November this year, several shining lights of science in New Zealand were honoured at the Royal Society of New Zealand’s Research Honours award ceremony. The most prestigious of these awards is the Rutherford Medal, which this year went to Emeritus Professor Michael Corballis ONZM FRSNZ of the University of Auckland, in recognition of his life’s work exploring the mysteries of the human mind. Jaylan Boyle caught up with Professor Corballis for a fascinating conversation on the organ that’s home to fascination. 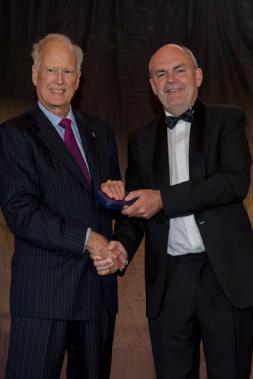 Professor Corballis has spent the better part of 50 years exploring such questions as ‘what is memory and how is it formed?’, and ‘what is the origin of human communication?’. The Royal Society of New Zealand has now honoured Professor Corballis with it’s highest accolade, recognising his many achievements in the areas of evolution, linguistics, and neuropsychology.

Professor Corballis first became well-known for his work on the asymmetries of the brain. I ask him whether, given that orthodoxy in this area seems to have shifted in recent years, he’s feeling patient enough to enlighten me as to current understanding on this interaction.

For a start, says Michael, thinking of oneself as either a left or right-brained person, something that became a fashionably unscientific extrapolation of research conducted in the 1970s and 80s, has been thoroughly deprecated among neuroscientists – in the sense that while the brain can indeed be thought of as hemispherical, to ascribe one’s essence to either side is misleading.

“Certainly, they are disconnected from each other in some ways – they are discrete to a degree – but that doesn’t mean that the two sides of the brain operate in entirely different ways. Sure, in patients who have had these two halves disconnected, one side appears not to know what the other is doing, but there’s not a lot of evidence to suggest that these two sides are profoundly different.”

“What we have known since the 19th century is that the left brain is largely in control of language – that still holds true, although we now know that the right side has the ability to comprehend language, but very limited ability to produce language. That difference has been exaggerated beyond the evidence, to the point that we have this idea that one is either a left or right-brained person.”

Like so many popular psychology tropes – another example that’s based on nothing other than its own perpetuation in science fiction is the “we only use 10 per cent of our brain” thing – the right brain, left brain myth has become the basis of self-help books, personality tests, and motivation programmes – and it’s essentially rubbish, says Michael. 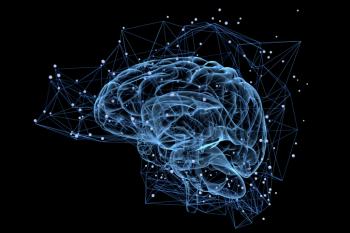 When he felt that he’d done all he could exploring our hemispherical brains, Michael began to think about that product of the brain that sets us apart – language. He’s particularly interested in how language evolved, and why. Some years ago, Michael and a colleague coined the phrase ‘mental time travel’, that, he says, goes some way to explaining the ‘why’.

“Having said that, I think we’re beginning to understand that the animal mind is more complex than we realised. We now think that even rats have this capacity for ‘mental time travel’. There’s a structure in the brain called the hippocampus, which can be thought of as a kind of cognitive map. One of its functions is to tell you where you are. You can actually measure activity in this structure, and that activity changes depending on where you’re located. We’ve measured the activity in the hippocampus of rats, while they’re in a maze. You take the rat out of the maze, and the hippocampus keeps firing. This indicates that the rat is imagining being in the maze. That’s mental time travel – sometimes the rat will think about a route that it’s already taken, other times it will imagine a route that it is yet to take.

“Sometimes [the rat] seems to have little wanderings around a maze that don’t bear any relation to what it’s done or what it might do, which is a bit like dreaming, or telling itself a story, isn’t it? That alone could have enormous implications for our understanding of consciousness in animals. The animal clearly performs mental time travel, but the difference, of course, is that it can’t tell you about it. Can they tell each other about their imaginings? Well, that’s a very good question.”

“What we’re saying is that humans are unique in that we’ve created a system for telling each other about what’s happening in our minds. But that doesn’t mean that other animals don’t have stuff happening in their minds too.”

Language is a continuum 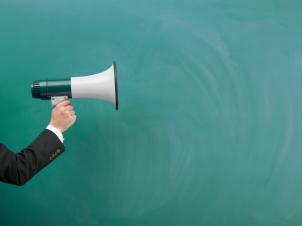 In keeping with the concept of evolution, the development of language is a continuum, not a goalpost – and Professor Corballis doesn’t believe we’re by any means at the finishing line. In fact, he believes that language as it exists is really a rather blunt and inefficient instrument - as any writer can attest. Then there’s the fact that, in simplified terms, it’s hard to make yourself understood, when the person you’re mentally time travelling with is on a different wavelength.

“There are two things here,” says Michael. "Firstly, language is rather inefficient – sometimes you just can’t get out what’s in your head, and it’s very frustrating. That seems to apply often to our experience of emotions. Secondly, language really depends on theory of mind – [“the presumption that others have a mind… is termed a theory of mind because each human can only intuit the existence of their own mind through introspection, and no one has direct access to the mind of another.”] In other words, I can’t communicate with you unless I know how you think.

“Some people have described language as ‘under-determined’: it doesn’t actually convey the message. Generally, when I’m talking to you, I’m only communicating one half of what you understand from my words – your mind is filling in the rest. We rely on extrapolation, and we rely on empathy. That’s why lawyers go to such lengths to spell everything out in such detail!”

Over the course of his career, says Michael, the advent of brain imaging has been a huge step forward. Suddenly we could observe the brain in action, in great detail. And the techniques employed in spying on the secret life of the brain are becoming more and more sophisticated, literally pulling the inner workings of our mind into sharper focus. It’s tools like these, he says, that have precipitated a key conceptual leap – the mind reordering it’s self-image if you like – in the study of both mind and brain.

“We’ve moved away from what used to be called ‘localisationalism’ – this idea that there’s a physical part of your brain that represents your grandmother, for example, or the concept of food. It’s not about bits of the brain that do something, it’s about networks.

“I think the other thing to say is that there’s a huge gap between understanding the brain in terms of neurons and chemicals at one end, and psychology at the other. The latter is what we call the mind – consciousness, memory, and that sort of thing. Trying to map that down to the individual components of the brain remains the biggest challenge we face.

“You’ve got 10 billion little cells in your head. We kind of know what they do at the individual level, but how does that produce the mind? That’s the real question. You can approach that question from either end. You can start with neurons, and try to work out what they do, or you can start with the mind, and see if you can make the two ends meet.”

Does Michael believe that we’re making any kind of progress?

“Maybe give us a million years or so? No, really, I think we kind of are getting there, but very slowly, which is understandable given the magnitude of the problem. Can a brain understand itself?

“A lot of effort is now going into neuroscience, at both of those levels we talked about – trying to understand the detail of the brain’s architecture, while at the same time trying to work out what consciousness is. Of course, philosophy comes into this, rather uncomfortably for some scientists. But hey, we’re getting better. You can work on us.” 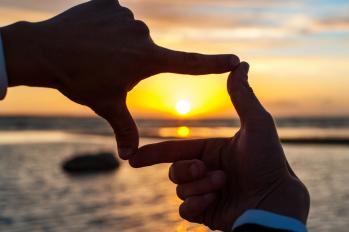 I ask Micheal Michael where his research is likely to take him next. He says that as he’s now in his ninth decade, it’s time for a bit of mental time travel across the landscape of his career, so that he might enable those who inherit the mantle to learn the lessons of his toil. That, of course, is another form of time travel, one that has enabled us to shatter the ceiling of our own measly lifespan: we build upon our learning by recording our travels.

“I’ve got a lot of writing to do! I’ve got a book coming out next year, called The Truth About Language, which comes out, I think, in April. That’s an attempt to put together what I think I know.

“From this point, it’s about contemplation for me. I’m thinking about penning another book that I’m calling Pieces of 80 – a sort of memoir, but also an attempt to understand the drift of psychology, and our understanding of the way the brain works. As you get older, the details tend to fall away, so I’m going to concentrate on the big picture!”

Professor Michael Corballis: a study in the awe-inspiring marvel that is the grey lumpy thing between your ears.