You are here: The Living World » Crows as clever as chimpanzees

Crows as clever as chimpanzees

Crows and parrots turn out to have sophisticated thinking abilities, according to a new study. 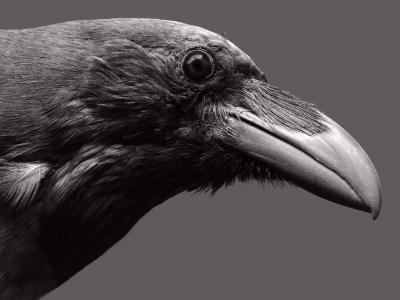 Our understanding of cognitive ability in animals is changing all the time, and we seem to be adding more and more species to the list that we deem ‘intelligent’. The octopus would be a recent example of a creature we’ve perhaps not given enough credit to, until recently. Scientists even have suggested that fish, seen throughout history as swimming protein, might not only feel pain, but actually be aware of their own suffering. And of course the list of animals that pass the ‘mirror test’ – still one of our best tests of self-awareness, the basis (we presume) of what we mean when we use the word intelligence – keeps growing: elephants, apes, and dolphins, for example, demonstrate the ability to recognise themselves in a mirror, which isn’t as basic a task as it sounds.

Now, it turns out, crows need to be added to the list of animals we’ve been chronically underestimating.

Professor Onur Gunturkun, of Germany’s Ruhr University, and Professor Thomas Bugnyar, of the University of Vienna in Austria, have demonstrated that size doesn’t mean smarts, in crows at least.

'The mental abilities of corvids [bird family that includes crows] and parrots are as sophisticated and diverse as those of apes,' the pair are reported in The New Zealand Herald as saying.

'Among other things, they are capable of thinking logically, of recognising themselves in the mirror, and of empathy.'

Crows have been long known as cleverer than the average bird though. Previous research took inspiration from one of Aesop’s Fables – The Crow and the Pitcher – when setting up an experiment in which the birds successfully worked out that if they dropped stones into a beaker of water, the level would rise, allowing them to drink.

One clear upshot of the study is that the size of an organism’s brain isn’t necessarily related to its mental agility. A crow’s brain is about one-tenth the size of a chimpanzee’s, yet the two would likely be neck-and-neck (brain-and-brain?) contenders in a game of Trivial Pursuit.

The type of brain structure that a crow uses for cognitive tasks is also different from that of mammals: mammals' cognitive skills are controlled by a part of the brain called the neocortex, while crows and parrots manage complex mental tasks with a structure called the pallium.

Crows as clever as chimpanzees
Categories